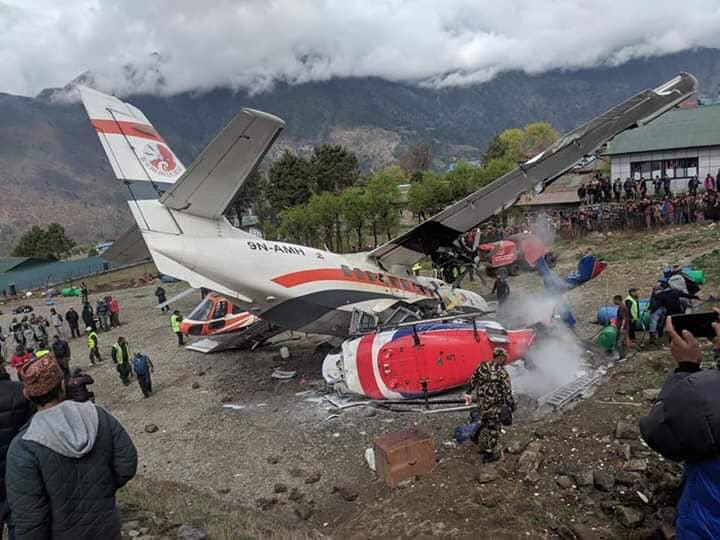 An investigation team has concluded that ‘human error’ caused an aircraft accident at Lukla Airport which took the lives of three persons on April 14 this year. The investigation team, which submitted its preliminary report to Tourism Minister Yogesh Bhattarai recently, states that the accident happened due to the pilot’s negligence.

According to the report, the pilot failed to control the aircraft’s power lever which is why the aircraft turned towards the right. The team found that before the pilot could think of taking control of the power lever, the aircraft had already crashed.

According to a source at the Tourism Ministry, there was nothing wrong with the aircraft. The investigation team also said that had the runway not been steep or been a bit wide, the accident could have been avoided as the pilot would have had more time to control the aircraft.

The Summit Air 9N AMH (L410) plane had collided with a parked (Manang Air) helicopter on the day of Nepali New Year. Three people had died and two others were injured in the incident. After the incident, the government had formed an investigation team under the leadership of CAAN’s former director general Rajesh Raj Dali.

The preliminary report will now be sent to the International Civil Aviation Organisation (ICAO), the aircraft manufacturers, CAAN and Summit Air asking for suggestions. The report will be made public in roughly two months.