By now, you must be aware of the latest controversy over Annapurna Mountain Range billboard. If for some reason, you have no idea about it yet, here’s a quick recap. 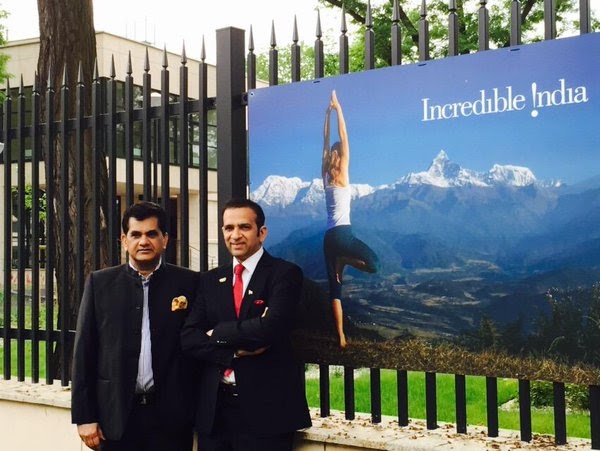 Mr. Ajay Bisaria (right), the Ambassador of India to the Republic of Poland, in front of the controversial billboard. 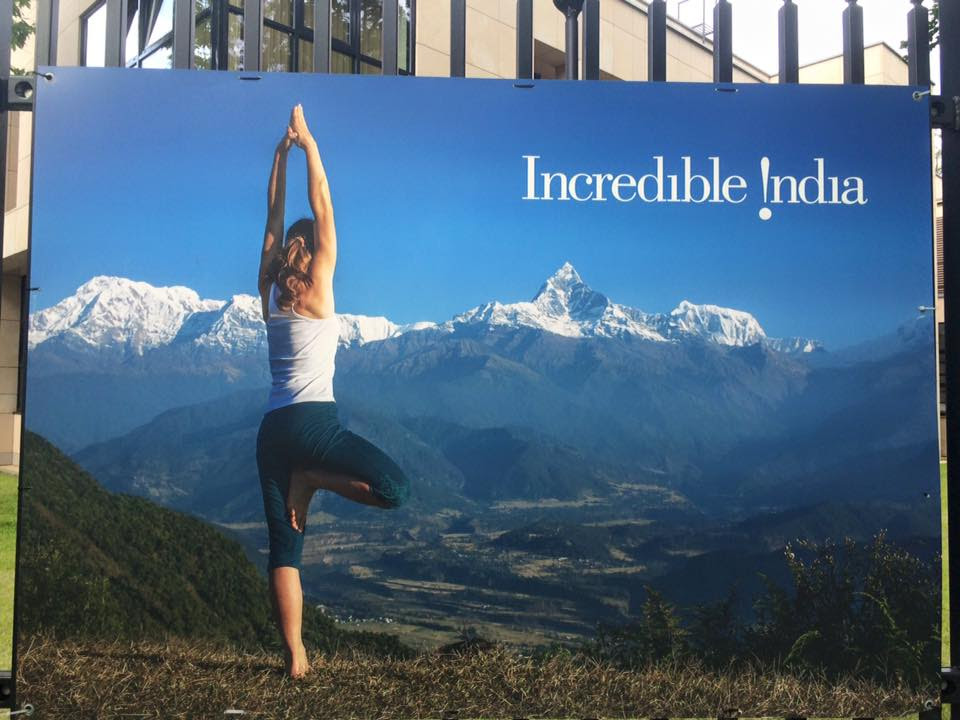 Picture taken by Rajesh Shrestha, a Kathmandu resident currently on a tour around Europe.

The above two pictures from the Embassy of India in Warsaw, Poland are making rounds on the internet for all the wrong reasons. As it can be clearly seen that the picture that has the famous Annapurna Mountain Range is from Kaski, Nepal but the text ‘Incredible !ndia’ written on it makes it clear that it was intended to be shown as a place in India. And that’s what all the controversy is about.

Everybody have different ways to show their frustration over the issue and they have been expressing the same on social media. In the meantime, Shashank Shrestha, a Kathmandu based artist, came up with the most sarcastic way to express his feelings. He designed some parody posters that have some of the most popular monuments from around the world with the same text written on them, that reads “Incredible !ndia”. Now, that’s what we call a creative way to protest. Take a look at these posters. 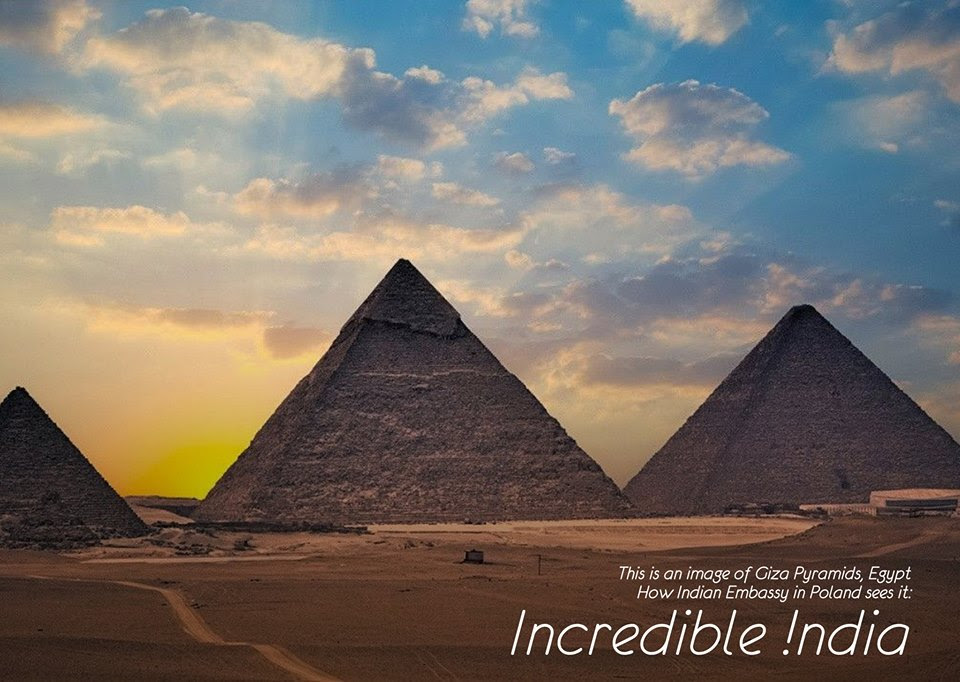 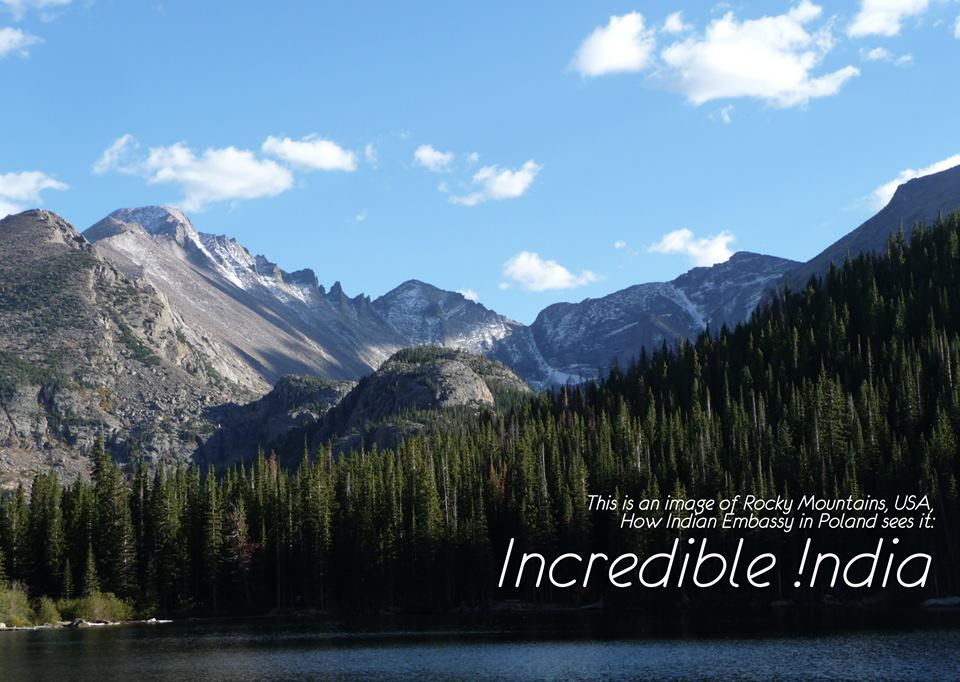 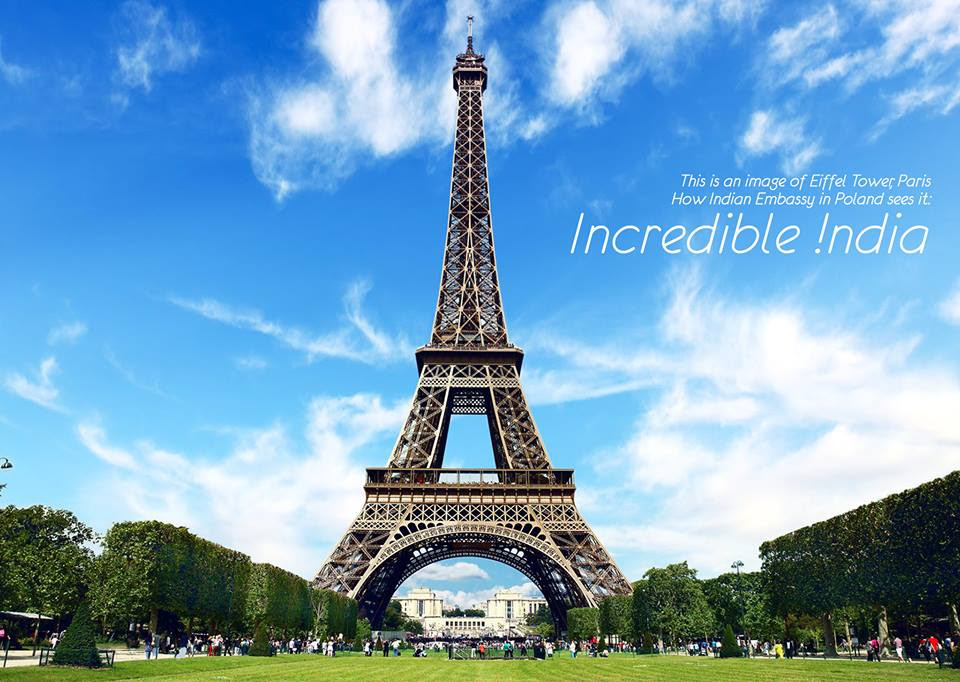 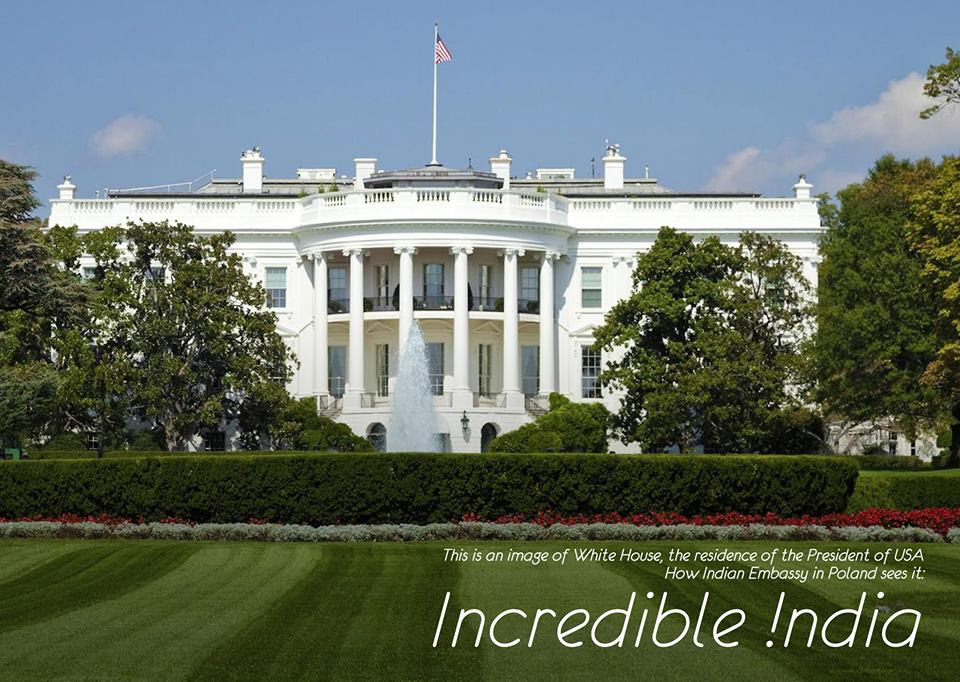 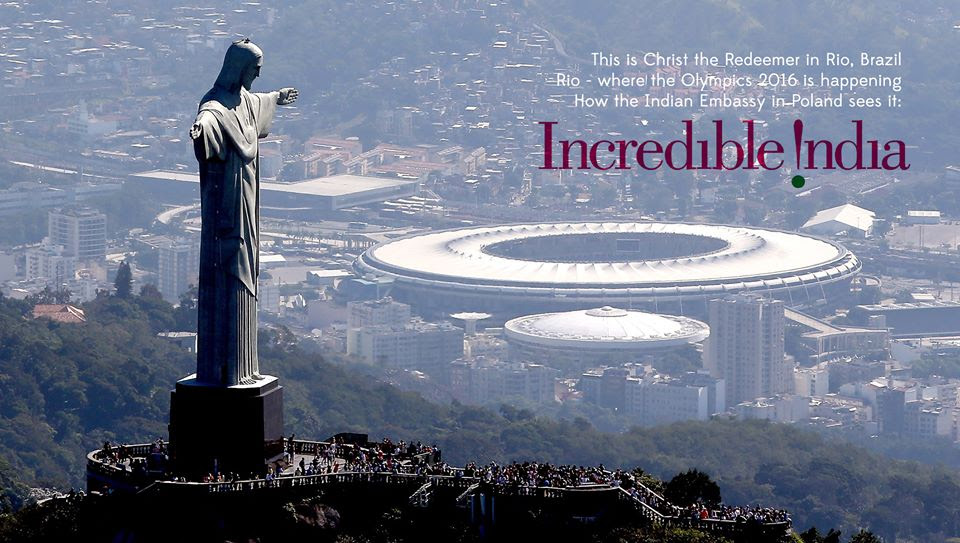 When asked about the purpose behind making these; Shrestha, also a film-maker at Katha Haru, told NeoStuffs; “At first I was pissed off as anyone would, but then I did some digging and realized it was clearly a case of someone not researching a stock photo. So I basically played off the idea that Indian Embassy in Poland sees any stock photo of a landmark as ‘Incredible India’.  He further added, “I don’t think what they did was malicious, but in a time when Nepal-india relations are really tense, I think losing you cool and blaming the entire country is just going to be fruitless. Hence, the edits – just pulling the attention in a humorous way.”

The post This Artist Has The Most Sarcastic Response To The ‘Annapurna’ Blunder By Indian Embassy In Poland appeared first on NeoStuffs.