Jolly Amatya has created history by becoming the first ever Nepalese to be appointed as the ‘Youth Chair’ for the Youth Assembly at the United Nations.

Amatya successfully led the recent Youth Assembly that is the largest and the longest running youth conference at the United Nations. The event that started on August 10th and concluded on the International Youth Day on 12th at the United Nations headquarters in New York witnessed a participation of 1000 youth representatives from 97 countries. The conference served as a unique platform which fostered dialogue and generated partnerships between exceptional youths, UN high officials and staff, the private sector, and civil society. One of the major objectives of the event was to empower youth leaders and young professionals in the implementation of the United Nations’ 2030 Agenda for Sustainable Development. 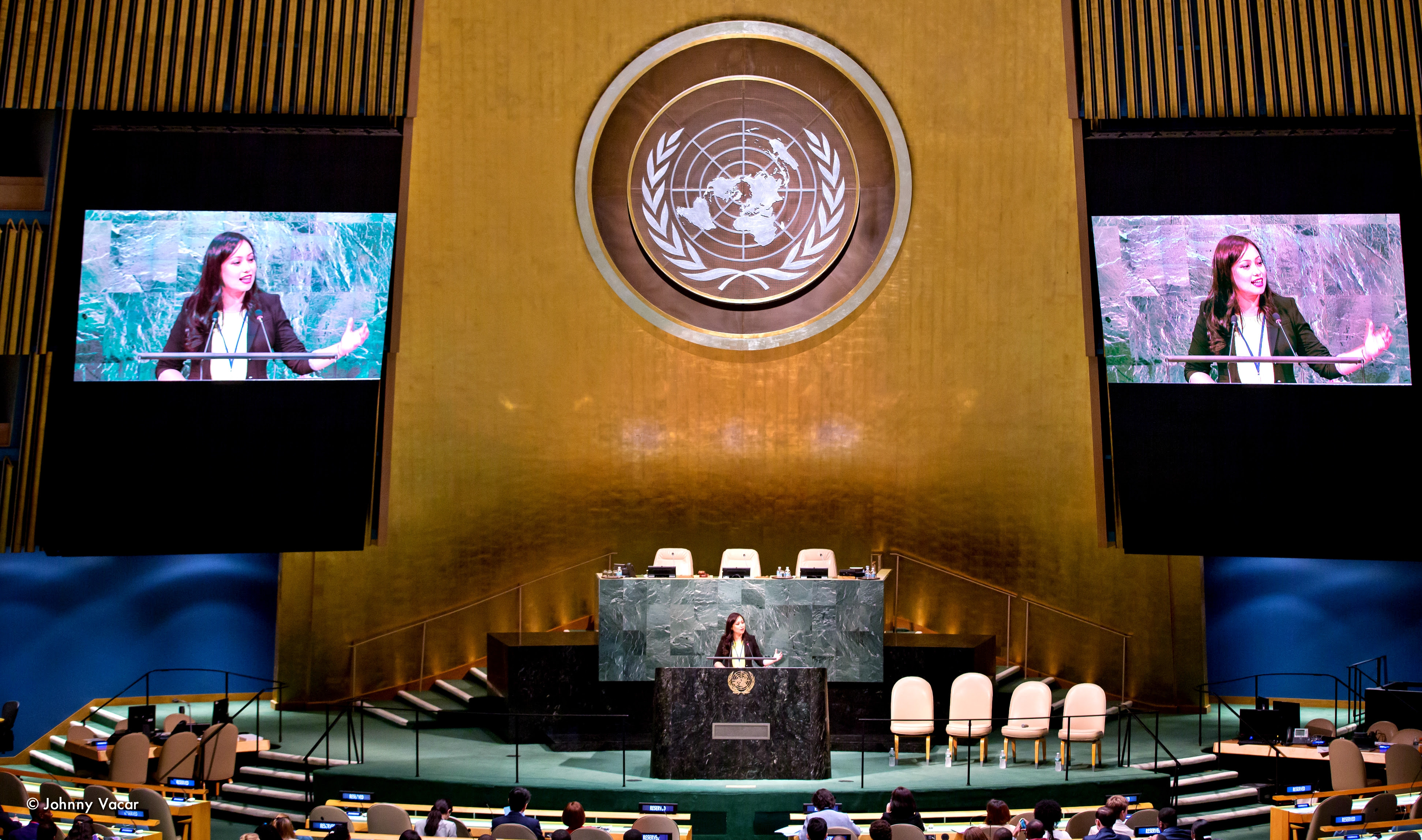 Addressing the delegates at United Nations General Assembly Hall, the newly appointed Youth Chair said, “I’ve always believed that when your passion and your purpose collide, there is an explosion that ignites the light in you forever. I want you to find that passion and your purpose.” Secretary General of the United Nations Ban Ki Moon too had extended a special message to the youth delegates in the event.

After joining Youth Assembly in 2013 as a youth representative of Nepal, within a short period of less than three years, she made it to the top most coveted and prestigious leadership role. After displaying a tremendous performance as the Co-Chair for the Youth Assembly in 2015, she was appointed as the Youth Chair this year. 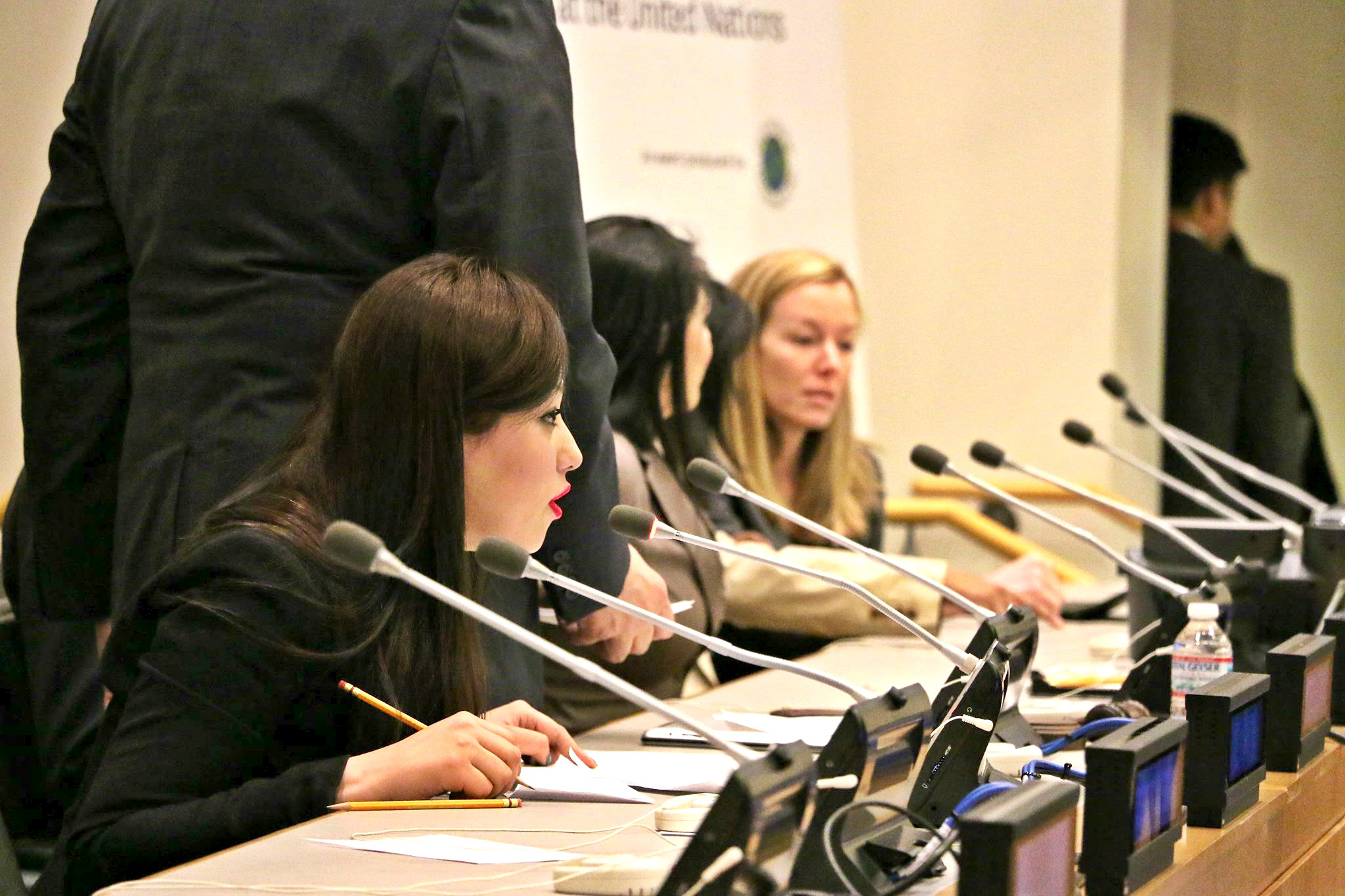 During her seven years of professional experience in the United States, she has worked with diverse administrations and bodies such as the United Nations, UN Women, WFUNA, the World Bank, Habitat for Humanity and ActionAid International. She has also been working with various other organizations in the US and Nepal for the betterment of the status of women and youth.

Amatya has also been serving on the board of US National Committee for UN Women in the Executive Finance Committee for the past three years. She has represented Nepal at the White House AAPI Youth Forum, White House Initiative on Asian American and Pacific Islanders. She was also nominated to attend the United State of Women Summit in 2016 at the White House. Last year in 2015, she was awarded with the prestigious “Young Global Leader Achievement” Award by Global Connections for Women Foundation in New York. 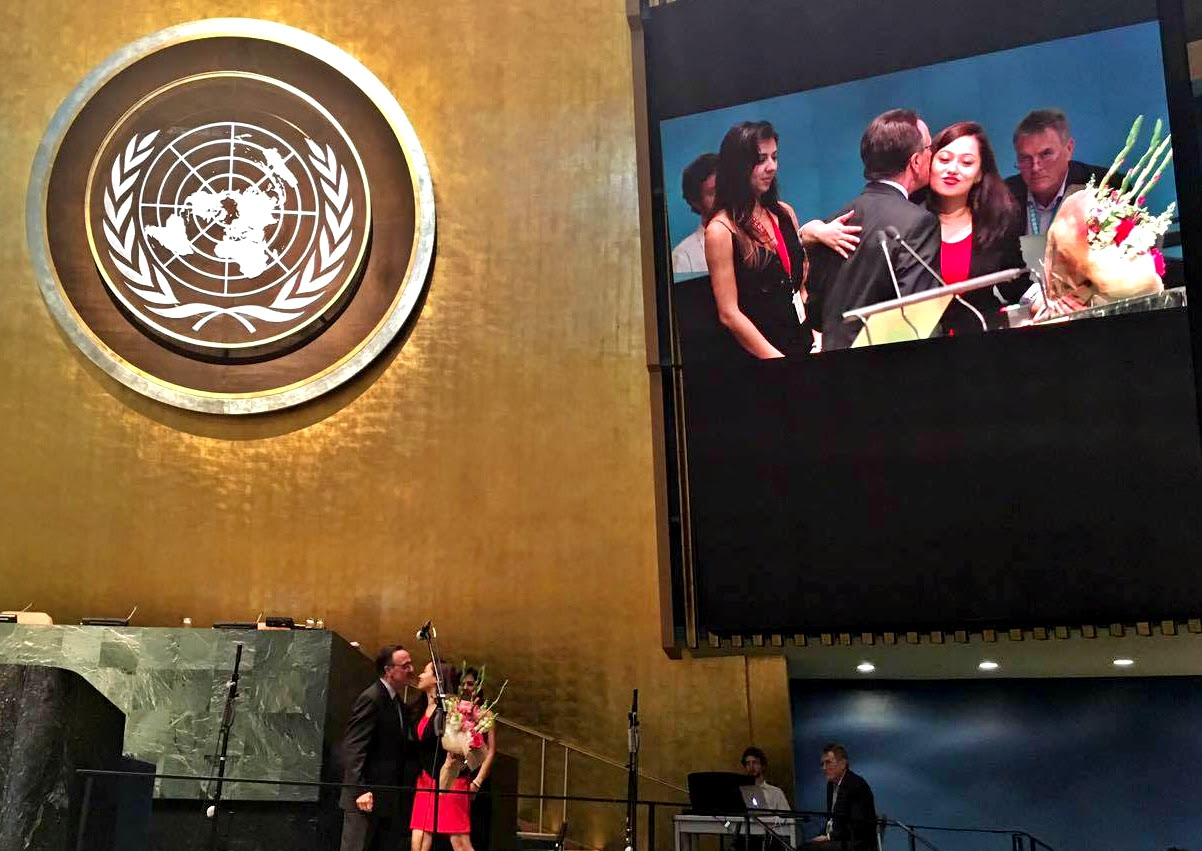 Receiving her award at the UN.

Born and raised in Nepal, Amatya finished her higher secondary level education from St. Mary’s School. She then went to United States for her higher education and pursued her undergraduate studies in Finance/Accounting from Coe College, Iowa and from Harvard University, Boston.

When asked what she feels about a major population of Nepal leaving the nation, “I believe that even though many of us, young people are abroad for studies and employment, we can still contribute a lot back Nepal in many ways, more than we can ever imagine“, she told NeoStuffs. “The young people in Nepal have amazing potential and they need the right exposure, guidance, and mentorship. Young people, if given the right skills and knowledge, can be the key agents of change. We are not the leaders of tomorrow, we are the leaders of today.”

Amatya will be visiting Nepal later this year.

Such a spectacular and inspiring lady she is. Here’s raising a toast to this young Nepalese woman leader who is making the entire nation proud.