Instameme: Meme Generator Is Now Available As Web Application For Your Convenience

Instameme: Meme Generator is one of the most popular Android apps created by Nepali developers. The smartphone app created by the Kathmandu based company, Fawesome Apps, has almost around 50k downloads in around six months on Play Store. And now for the convenience of its users, a web application too has been launched. That simply means that you don’t need a smartphone in order to make memes, trolls, rage comics or even simply edit any of your own photographs.

The web application lets you choose from thousands of meme templates, emojis, stickers and rage faces to create a picture of any dimension you desire. “There are multiple meme generator web platforms but none of them are simpler enough to make the users feel pleasant about it and get the thing done without lot of hassles”, Anish Shrestha, Co-Founder of Fawesome Apps, told NeoStuffs. “Moreover, because it has quite powerful features to add and edit texts and images, the usability of Instameme: Meme Generator is beyond only making memes. A marketer can use this platform to create social media posts in a couple of steps or one can simply upload a picture, apply filters to the image, add text and edit it in any way they want.”

Apart from this app and web application, Fawesome Apps have so far created a number of other popular apps such as Yellow, Dublr and Carpool Kathmandu.

You can download the Instameme: Meme Generator app on Android from HERE or simply use the web application HERE. You can also find hundreds of ready-made memes on the website as well.

Here’s how you can simply create a meme on the web application. 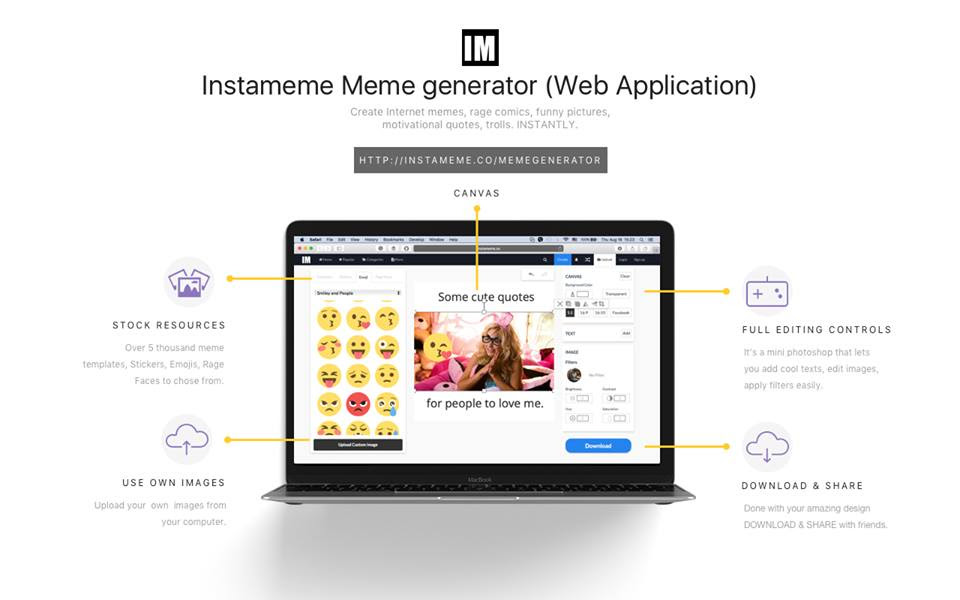 The post Instameme: Meme Generator Is Now Available As Web Application For Your Convenience appeared first on NeoStuffs.