Year 2014 it was when at age 21, Srijana Regmi entered the modelling industry with her participation in Joy Papaya Glam Hunt. She won the title and represented Nepal at Miss Grand International held in Sukhothai, Thailand later that year. She was seen as one of the top contenders for the crown when she took part in Miss Nepal pageant earlier this year. Unfortunately, she was not able to win any of the three main titles and had to satisfy with the fourth spot along with the ‘Miss Talent’ sub title. But the Computer Science graduate didn’t take it as a defeat but a new beginning. She started YouTubing and showed us what actually happens to the garbage from Kathmandu Valley in the initial episodes of her show. She has also been emceeing various events all around the nation and of course, her modelling career is also at its best.

Srijana recently had a photoshoot for ECS Living magazine and the results are absolutely stunning. She is seen in a hot new avatar, posing with some cool motorbikes. The man behind the camera is none other than the master of fashion photography, Kishor Kayastha. Styled by Rajshree RL Rana, Srijana’s make up is done by Meena Kayastha and hair by Bigen Tamang.

Well, now we know who is to be blamed for the increase in global warming! Phew!! 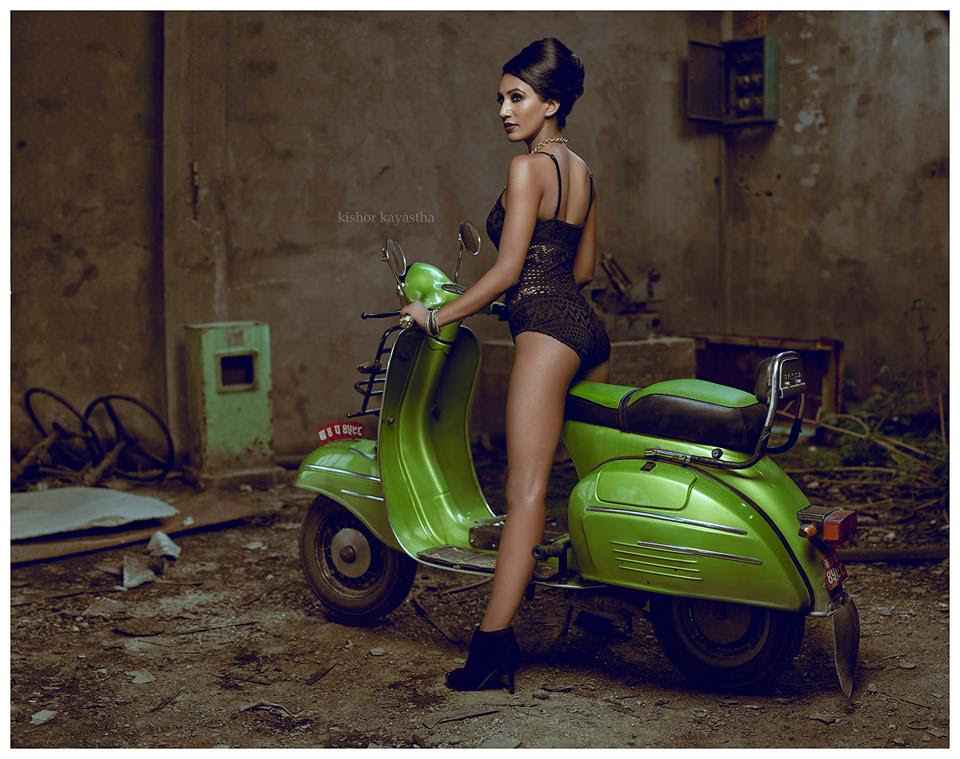 Grab the latest issue of ECS Living to see some more of her.