In an event titled ‘Explorers Symposium’, held by National Geographic in Washington DC, Pasang Lhanu Sherpa was awarded the 2016 National Geographic Adventurer of the Year award. The Nepalese mountaineer and social activist was named one of the ten nominees for the 11th edition of this prestigious award in November last year for her outstanding mountaineering history and for her humanitarianism as she has been working tirelessly in the relief campaigns right after the April 25th earthquake. She was then able to get the most number of votes online leaving behind the other nine contenders from around the world, and was announced the winner of this title in February this year. 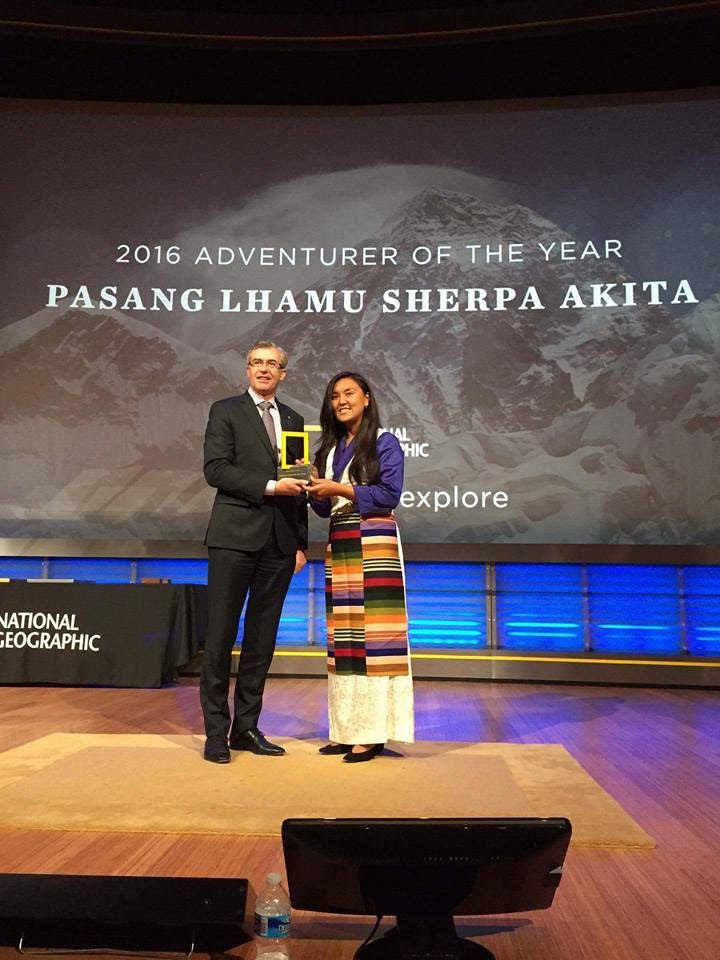 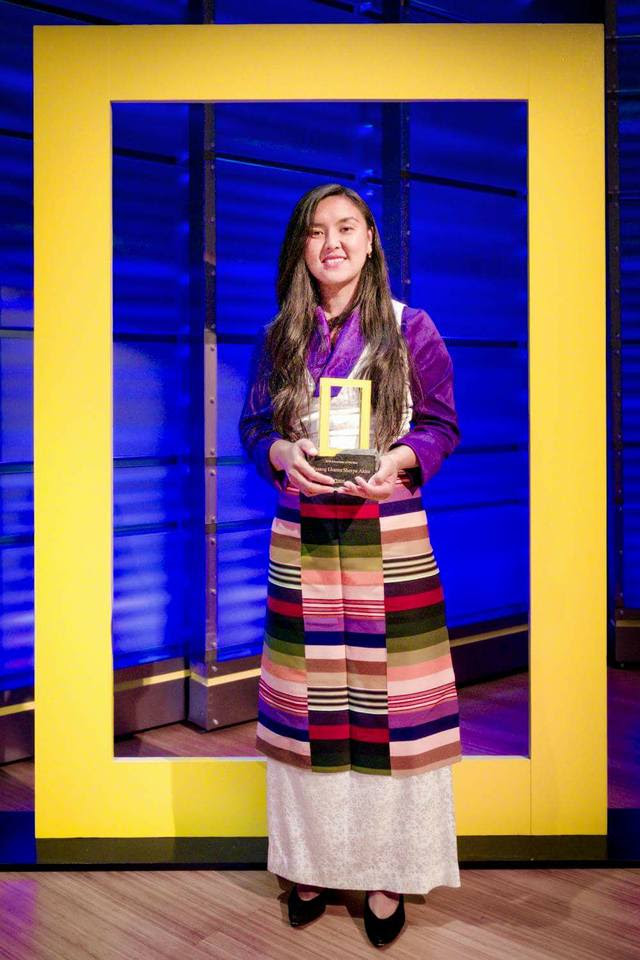 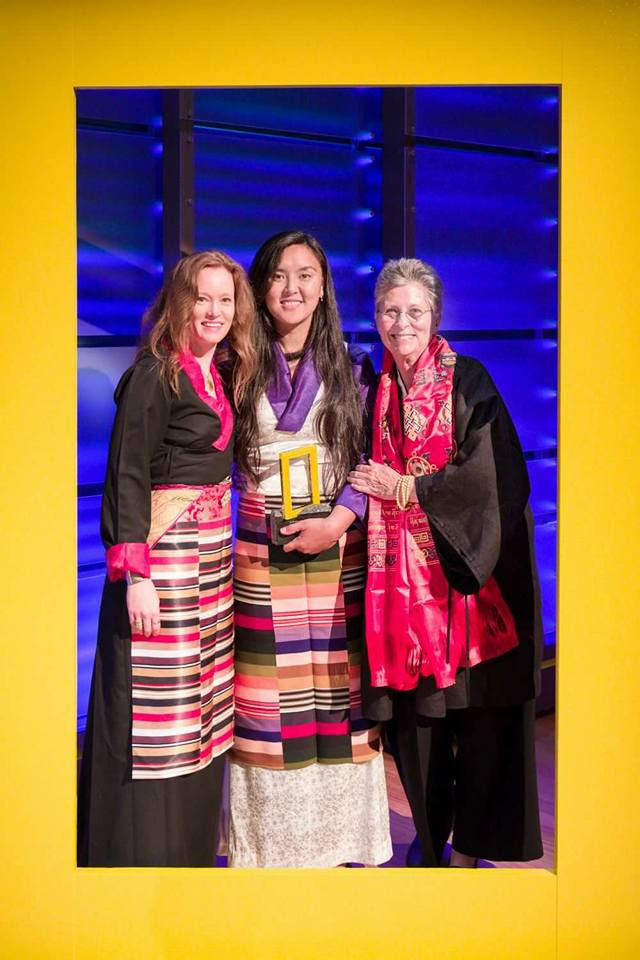 One of the best women climbers in Nepal, Pasang Lhamu Sherpa Akita, hails from Khumjung of Solukhumbu on the foothills of Mt. Everest. She grew up in Lukla- the entry point of Everest Region and started climbing in 2003, after attending college in Kathmandu. She did basic level climbing training from Nepal Mountaineering Association (NMA) in 2004 and advance level training in 2005. She later got her diploma in mountaineering from ENSA, France. She climbed Mt. Everest from the Tibet side and other peaks such as Yala Peak, Nangpai Gusung , Ama Dablam, Mt Putta Hiunculi, etc. She is the first Nepali female mountaineering instructor and also the first woman to climb the Nangpai Gosum (7321 m). In 2014, she successfully summited K2, the second highest mountain in the world which is considered even more difficult than climbing Everest, as part of the first female Sherpa team to make the ascent.